Prayer That Saved a Generation?

On p. 13 of The Circle Maker, Pastor Batterson praises Honi’s prayer as “ the prayer that saved a generation [and] was deemed one of the most significant prayers in the history of Israel.” Do you think this is really true? Is it in the category of Abraham praying for Sodom and Gomorrah, thereby saving righteous Lot and his family (Genesis 18)? Was it as significant as Moses interceding for Israel pleading to be written out of God’s plans unless God would have mercy on His people (Exodus 32)? Was it as significant as Jesus praying “Father, forgive them, they know not what they do.” Was it significant enough to be in the Bible?

The Circle Maker informs the reader that a promise made in the book of Joshua which God delivered as the Israelites were about to enter the Promised Land may apply to all Christians. However, is this what the Bible says or has some vital part of information been left out? Let’s look more carefully at the Scriptures to uncover what promise was made to Joshua and the Israelites at a particular time and a particular place:

1 After the death of Moses the servant of the Lord, it came to pass that the Lord spoke to Joshua the son of Nun, Moses’ assistant, saying: 2 “Moses, My servant is dead. Now therefore, arise, go over this Jordan, you and all this people, to the land which I am giving to them—the children of Israel. 3 Every place that the sole of your foot will tread upon I have given you, as I said to Moses. 4 From the wilderness and this Lebanon as far as the great river, the River Euphrates, all the land of the Hittites, and to the Great Sea toward the going down of the sun, shall be your territory. 5 No man shall be able to stand before you all the days of your life; as I was with Moses, so I will be with you. I will not leave you nor forsake you. 6 Be strong and of good courage, for to this people you shall [a]divide as an inheritance the land which I swore to their fathers to give them.
– Joshua 1:1-6 New King James Version (NKJV)

Footnotes:
Joshua 1:6 give as a possession

Notice something very simple: in the introduction to these verses in the NKJV are the words “God’s Commission to Joshua.” The commission is given to  Joshua, for that time, that place, that people. It was given only to Joshua and the Israelites to fulfill God’s Commission for them at that time.

On page 17 Pastor Batterson describes the day he was reading the book of Joshua and the promise God gave Joshua was quickened to his spirit. I have no problem with that. How often has each one of us had the Lord do the same thing to us? We can be in the middle of a crisis, need direction, or simply be in the middle of praise and then start reading our Bibles and the Lord will quicken verses that warm our hearts or give us wisdom and direction.

The problem, however, is that Pastor Batterson’s method implies that the promise can be simply rolled over to any believer to apply to any piece of land or promise. It is not a Carte Blanche invitation to be used by anyone, at anytime, for any people. Therefore, I believe Pastor Batterson has over-stepped the boundaries of the Bible in his interpretation that can mislead people in their prayers. I would advise great wisdom in this area. In addition, as you journey through the book of Joshua and it describes the many victorious battles he and the Israelites fought, you notice that there are no other Jericho-type prayer walks. That pattern of action  was specific to Jericho alone. For each subsequent battle God would give a different plan. He didn’t want His people tied to a ritualistic form of prayer or method. God wanted His people in intimate communion with Him so that each time they were to fight, they came to Him for personal instructions and never simply followed a ritual. After this book was published there were instances where women who, having registered for a prayer conference, would come to the conference and discover the floors of the meeting rooms covered with large chalk “prayer circles” so they could pray  in them. There is no Bible precedent for this ritual. Though Pastor Batterson describes using this idea of walking around various pieces of property repeatedly and claiming them for the Lord, accompanied by laying hands on the properties to enforce those claims, I cannot find God using this method repeatedly as a means of spiritual warfare or prayer in the Bible with the exception of Jericho and that alone. Prayer is a time of one-on-one sweet conversation with our Heavenly Father. The intimacy of it precludes repetition: it is always fresh and new with each conversation, not a rule book.

How To Pray and How Not To Pray: The Sovereignty of God

Pastor Batterson uses Elijah as one of his examples in prayer. On p. 88 he states:

Then the Lord promised Elijah that He would send rain, but like every promise, Elijah still had to circle it via persistent prayer.

Why does that have the attitude of a “method” about it? Does an Elijah need a method? Is there a verse that states Elijah “circled” his prayers? Or was Elijah simply being obedient? Do you need a method? Do you not know the faithfulness, the love, the Almightiness of this awesome God that we serve without feeling that you have to push yourself on, plod on to believe? Is all this concerned so much with learning a new method to pray, or is it instead concerned with learning more about HIM? Can we not rest in the fact that the One Who made the promise is the exact same One Who will keep it? That if He didn’t keep it, He would lie for the first time in all eternity? That He Who calls Himself The Truth would then have to change His Name to…The Liar?

…I have been telling you about Jesus Christ the Son of God. He isn’t one to say “yes” when he means “no.” He always does exactly what he says. He carries out and fulfills all of God’s promises, no matter how many of them there are, and we have told everyone how faithful he is, giving glory to his name.
– 2 Corinthians 1:19-20 Lindsell Study Bible

I will share with you a story from the bottom of my heart about my 20 year old grandson who has not been able to go to school for three years. He collapsed at a Christian Fine Arts Festival and had to be carried by four friends. He and his parents thought he was going to die. He literally saw his life pass before him. He came home and this brilliant, incredibly talented young man had to crawl up stairs, could not read books, had barely any memory – and no doctor knew what was the matter with him. And he saw many doctors. Yet there was God and it was not the first time in his life that great prayer had been needed and great and mighty promises had been given by a great and mighty God. One day as I was praying I felt so strongly to read the following and each word became life to me.

And the Lord said to me, “Write my answer on a billboard, large and clear, so that anyone can read it at a glance and rush to tell the others. But these things I plan won’t happen right away. Slowly, steadily, surely, the time approaches when the vision will be fulfilled. If it seems slow, do not despair, for these things will surely come to pass. Just be patient! They will not be overdue a single day!” – Habakkuk 2:2-3

I read those words – they started with “and the Lord said to me” so I believed Him. It was as simple as that. He was My God, yes. It was more than that, though. He was Lord of Lords, King of Kings, Lord of Hosts, King Almighty. There was nothing He could not do…and He loved my grandson. I didn’t have to pray anymore. I could praise and rest in His love and faithfulness. God had already promised the outcome. Like Elijah when he waited for the raincloud, I could go back and check to see how my grandson was progressing, but I knew God would fulfill His promise. Just as the Word said, “slowly, steadily, surely”…” the vision was fulfilled. When it “seemed slow,” I did not despair, but remembered that it all would “surely come to pass.” After all, He Who made the promise would keep it. In that I could rest and praise. He’s in college now. Wonderfully, he tells me he learned things about God and himself in those years he could have learned no other way and he’s grateful for what happened. The One Who made the promise keeps the promise. God is faithful. He needed no other prayers from me. He would do it on His own.

All claims that our prayer is what makes God do things are in error — especially when they don’t acknowledge the sovereignty of God. 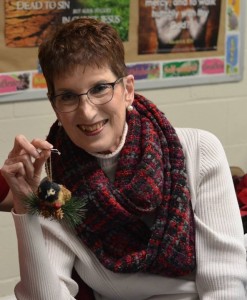