WHEN YOU ARE BESEECHED BY A MULTITUDE OF TRIALS

There are those seasons in your life when you feel as if you are surrounded on all sides by trials. No  matter where you look in your life all seems dark and dreary. It seems that the enemy is coming at you from every direction. You know the Bible says that if God be for us, who can be against us, but does  God really have a weapon in His arsenal strong enough to fight off enemies that so thoroughly engulf His people? But of course ! And it is one of the mightiest ones at His disposal. It’s name is praise.

20 And they brought them to the magistrates, and said, “These men, being Jews, exceedingly trouble our city; 21 and they teach customs which are not lawful for us, being Romans, to receive or observe.” 22 Then the multitude rose up together against them; and the magistrates tore off their clothes and commanded them to be beaten with rods. 23 And when they had laid many stripes on them, they threw them into prison, commanding the jailer to keep them securely. 24 Having received such a charge, he put them into the inner prison and fastened their feet in the stocks.

25 But at midnight Paul and Silas were praying and singing hymns to God, and the prisoners were listening to them. 26 Suddenly there was a great earthquake, so that the foundations of the prison were shaken; and immediately all the doors were opened and everyone’s chains were loosed. 27 And the keeper of the prison, awaking from sleep and seeing the prison doors open, supposing the prisoners had fled, drew his sword and was about to kill himself. 28 But Paul called with a loud voice, saying, “Do yourself no harm, for we are all here.”

29 Then he called for a light, ran in, and fell down trembling before Paul and Silas. 30 And he brought them out and said, “Sirs, what must I do to be saved?”

31 So they said, “Believe on the Lord Jesus Christ, and you will be saved, you and your household.”

God had called Paul and Silas by way of a vision to go to Macedonia to preach the gospel. Their experience is a prototype of obedient Christians caught in a situation that isn’t “fair” and certainly made no sense to them. (How often are we guilty of uttering “it’s not fair” when we are in hard times?) They were stripped and beaten with wooden rods and then thrown with utter disregard into a musty, filthy dungeon, not even allowed the freedom to walk around because their feet were put into stocks. Have you ever been bed-ridden for long periods of time, not being able to go to the store – or even to church? Felt like you’d do anything to take a real bath and shampoo, put on pretty clothes and makeup? Look like a real person again? Have you ever been in pain so bad that you cannot even look to sleep to provide comfort? Worse, have you ever searched for God in all this darkness and wondered if He was even there, wondering if He had forgotten about you? Yet, look at these verses more closely and observe Paul and Silas’ behavior. Were they murmuring, giving up, blaming God ? After all, hadn’t they been in His will when all this adventure started? None of this is “fair” and it certainly doesn’t look like the reason why God sent them to this place. Ah, but look again.

It was midnight. Maybe they couldn’t sleep because of the pain and filth and terrible discomfort. Yet, that wasn’t why they were awake. These were men who trusted in God and His perfect will for their lives. And they proved it – by the glorious sounds of prayer and praise that came off of their lips!! They didn’t dwell on their pain and their circumstances – they didn’t look at the here and now – they looked up at the God they served – at His goodness, His holiness, His love, His perfect wisdom…and they praised. I look at the mighty earthquake God sent to free them and it reminds me of the shout that went up at Jericho that made those walls fall down! How many musicals God has scripted in His Bible!

Did they”feel” like worshiping? Probably not. But they were determined to give glory to God Who they trusted was in control of their situation…the radical response to Worship was a decision of their will. No matter what our circumstances, we can choose to praise God. Others may even come to Christ because of our example.(Life Application Bible Commentary, Acts, p. 286).

Paul and Silas had come to Macedonia because of a vision given them by Almighty God to save souls. What happened to them? They saved a whole household v.31: a brutal jailer, his wife, their children and whoever else they shared their changed-lives story with. I look at that phrase  “and all your household” and realize that it is the ones who are most intimately associated with us who observe us in our times of pain. Can you bring joy and kindness to your nurses, housekeeping staff and especially fellow patients in the hospital? Can you be grateful and pleasant and loving beyond measure to those in your family who are caring for you? You may think it exciting to go on a mission’s trip to Africa but the Lord God may want you to witness from a hospital bed. So long as a word of comfort is given, a soul saved, the locale doesn’t matter. All that matters is that we obey our God with joy…and praise.

King Jehoshaphat and His people were under siege, surrounded by three enemy nations. Therefore, as his vital need, the King sought the face of God and proclaimed a fast. He began his prayer with exaltation and affirmation of the mightiness of God and his absolute trust in God’s power and promises:

6 and said: “O Lord God of our fathers, are You not God in heaven, and do You not rule over all the kingdoms of the nations, and in Your hand is there not power and might, so that no one is able to withstand You?

9 ‘If disaster comes upon us—sword, judgment, pestilence, or famine—we will stand before this temple and in Your presence (for Your name is in this temple), and cry out to You in our affliction, and You will hear and save.’

12 O our God, will You not judge them? For we have no power against this great multitude that is coming against us; nor do we know what to do, but our eyes are upon You.”

This humble prayer pleased the Lord as we note in His response:

15 …Thus says the Lord to you: ‘Do not be afraid nor dismayed because of this great multitude, for the battle is not yours, but God’s.

17 You will not need to fight in this battle. Position yourselves, stand still and see the salvation of the Lord, who is with you, O Judah and Jerusalem!’ Do not fear or be dismayed; tomorrow go out against them, for the Lord is with you.”

18 And Jehoshaphat bowed his head with his face to the ground, and all Judah and the inhabitants of Jerusalem bowed before the Lord, worshiping the Lord.

If the phrases God uses here seem familiar to you, it is because they are reminiscent of the same words He used in Exodus 14:13-14 when the Israelites were supposedly trapped by the Red Sea on one side and the Egyptians on the other. He is the same yesterday, today and tomorrow. Call on Him when you are surrounded on all sides by the enemy and watch how a God will rescue you.

The next morning Jehoshaphat stood before the people and enjoined them to believe in the Lord and remain steadfast, to trust in God’s faithfulness. Jehoshaphat appointed singers to lead all the people to praise the beauty of His holiness in the mighty refrain:

21…“Praise the Lord, For His mercy endures forever.”

22 Now when they began to sing and to praise, the Lord set ambushes against the people of Ammon, Moab, and Mount Seir, who had come against Judah; and they were defeated. 23 For the people of Ammon and Moab stood up against the inhabitants of Mount Seir to utterly kill and destroy them. And when they had made an end of the inhabitants of Seir, they helped to destroy one another.

At the precise moment that God’s people began to praise, the Lord caused the enemy armies to start fighting among themselves: Moab and Ammon turned against their allies from Mount Seir and killed every one of them. After they had destroyed the army of Seir, Moab and Ammon began attacking each other. None of the enemy escaped; they slaughtered each other while God’s people watched and praised His faithfulness! What had begun as a mighty attack of fear by the enemies of God’s people ended with the enemies totally defeated and a mighty blessing on His people instead. So much of a blessing that, to commemorate the place of the battle, it was named The Valley of Blessing. God gave His people rest and gained glory to His Holy Name.

AN ADDITIONAL GEM TO PONDER

WHY DID THIS HAPPEN?

(Excerpt: Why did this Happen?

I wondered why hard things happened when a loving God was supposedly in control. When people told me that God loved me, I thought, If God loves me, then why did this happen to me?

But when I was 16, God in his mercy answered that lifelong question through John 9. His answer was simple and direct: “that the works of God might be displayed” (John 9:3). And with that revelation, my world shifted…) CONTINUE TO SITE 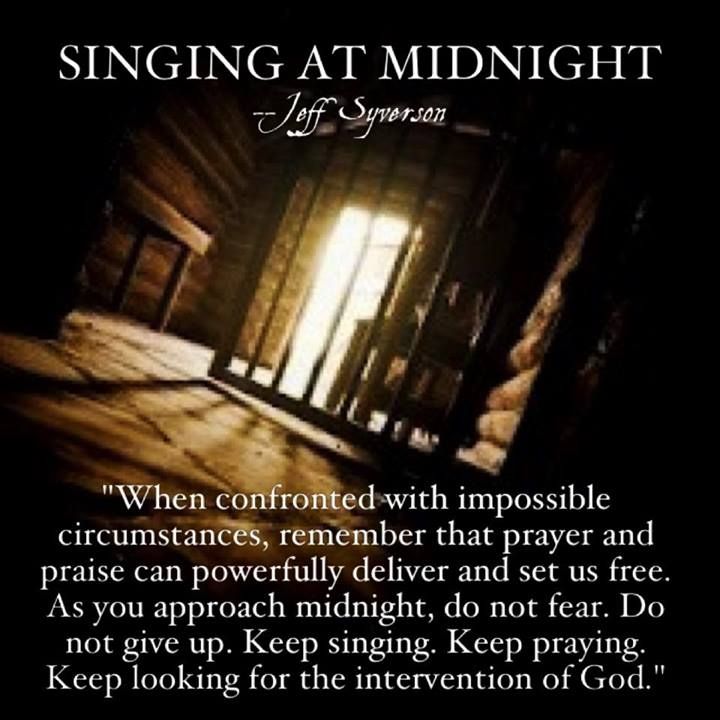